Stepping away from the usual book review to introduce you to my newest gadget, which comes with 1000s of built in recipes so is technically, sort of, a cookbook too. 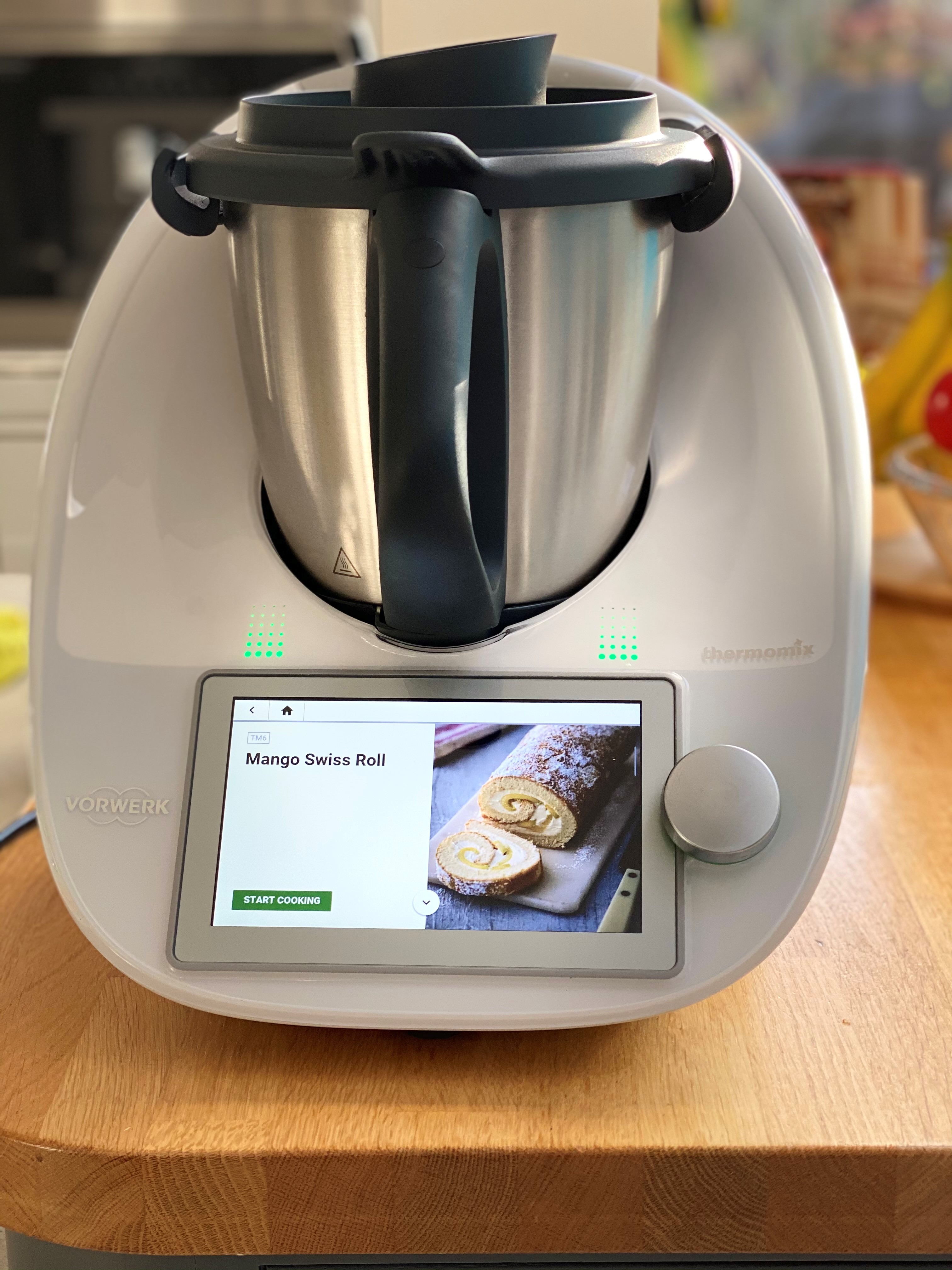 My interest in Thermomix was a slow build – it was mentioned at a cookery class I took, I spotted it on the Master Chef benches,  my fab hair stylist mentioned that he was thinking of investing in one, etc etc. Eventually I went online to see what the buzz was and asked for a demo. It was expertly demonstrated by Thermomix consultant Natasha Kilcoyne (@ chez_nk) and I was well and truly hooked. My very own Thermomix TM6 arrived the following week.  That was two months ago now and hardly a day has gone by that I haven’t used it.

Spoiler alert – this is an eye-wateringly expensive piece of kit, it’s an investment for sure. If you’re starting out equipping a kitchen, and you are a bit of a gadget nerd, it could be worth thinking about it as an option because there are so many other machines you won’t need if you have a Thermomix. I have been able to retire a food processor, a slow cooker and a soup maker. I could probably retire my stand mixer and rice cooker too but I’m waiting to test that a bit further. I love this machine so much that I have ordered a second bowl so that I can multitask.

The online step-by-step recipes on Thermomix’s own app Cookidoo (annual subscription £30 per year after an initial free period) are easy to follow and produce delicious results. The machine weighs ingredients, stirs, chops, grinds, cooks, steams, reduces, and much, much more. It even has a cleaning function that does most of the heavy lifting on the washing up front – and everything can go in the dishwasher if that’s not enough.

So how does it work? You pick a recipe and follow the step-by-step instructions on the Thermomix screen – favourites so far have been risotto and thai chicken curry, although to be honest there hasn’t been a major miss yet. Sauces, soups and anything that requires grinding are a doddle. Pop the porridge on in the morning and go off for your shower – it will be waiting for you when you are ready. The app is built in to the machine (see screen on image above) but you can also download on your devices and browse in comfort.

You can, of course, go off-piste away from the app and cook your own recipes using most of the functions of the machine – this is why you would find it in a professional kitchen where they’re obviously not following guided cooking. For Thermomix newbies doing this, the recommendation is to find a similar recipe in the app to gauge speeds/timings etc. This has worked quite well for me – great brownie mix last weekend using a non-Cookidoo recipe.

And – the not so good

I can’t find too much to complain about. Browning large quantities of meat is a challenge because of the size and shape of the bowl – other than that I haven’t found anything that I don’t like.

Me and my Thermomix may still be in the honeymoon period but I can’t see the love affair coming to an end any time soon.

It’s not available to buy in shops or from resellers,  book a demo via the Thermomix website if you’d like to find out more for yourself – or contact Natasha directly – nkilcoyne@gmail.com